Ray-tracing is NVIDIA’s absolute stronghold. The use of a separate ray-tracing pipeline that can run in parallel with the primary shader and Tensor instructions significantly reduces the overhead in real-time ray-tracing. AMD, on the other hand, uses a hybrid approach which although has its advantages reduces the raster performance by offloading the BVH traversal to the SIMDs.

As expected, the Radeon RX 6700 XT is a fair bit slower than the GeForce RTX 3070 in ray-traced workloads. NVIDIA sponsored titles like Metro Exodus see a wider gulf of nearly 40% between the two while in neutral or Radeon sponsored games such as Godfall, the former is just 10-15% slower. This is without the use of DLSS which is one of NVIDIA’s major advantages. Luckily for AMD, there still aren’t that many ray-traced games around and the market for the same is relatively small.

At 1440p, all four games see a larger performance gain upon overclocking (~5%) which indicates that the GPU may be bandwidth starved here. Even upon canceling the core overclocking, the gains were mostly maintained which further corroborates this claim.

The Radeon RX 6700 XT is an interesting product. While it’s nearly on par with the RTX 3070 at 1080p, it falls behind at 1440p, all the while performing relatively poorly in ray-traced titles. Another important factor to keep in mind here is that we tested the reference model which is priced at $479. Most of the retail volume will be in the form of AIB cards which will cost at least $50 more, on par or more than the better performing RTX 3070. Then again, it’s likely that these SKUs will come with a higher boost and TDP target, potentially leveling with the latter. 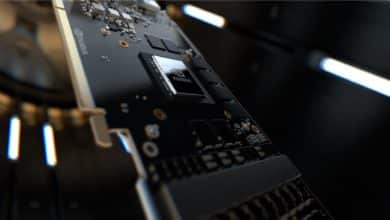