Many Eastern board partners like Galax, Inno3D, Colorful and Yeston have started flooding markets worldwide with their variants of GeForce and Radeon graphics cards. They tend to be cheaper than prominent Western board partners and feature identical specs and cooling solutions. This leaves many popular vendors like Zotac, MSI, Gigabyte and ASUS in an uncomfortable position as their graphics cards cost much more than the Galax and Inno3D variants, without offering any apparent benefits.

In this post, we compare the Zotac and Inno3D models of the GeForce GTX 1660 Super and see if the former is worth the extra money. This will be a comprehensive analysis with a look at the bare PCB, VRM, memory, thermals and the overclocking capabilities of the two cards in addition to the 1080p performance

Looking at the specs, the only difference is with respect to the boost clocks. The Inno3D despite being slightly cheaper boosts higher than its Zotac counterpart. However, these clocks are more or less irrelevant as GPU boost 3.0 lets the GPU boost as per the thermals and power draw. We’ll look into that in a bit.

Running our standard benchmark suite at 1080p had a rather surprising result. The Inno3D card despite having a higher rated boost clock is slightly slower than the Zotac. The delta is a mere 1 FPS on average and is probably the result of higher in-game boost clocks for the Zotac Twin fan.

The in-game boost for the Inno3D GTX 1660 Super Twin x2 topped out at 1890 MHz and the average was 1875 MHz while the Zotac Twin Fan settled north of 1905 MHz. This is where the extra performance was coming from. The temps, however, are worse off for the latter with an average of 74 degrees. The Inno3D didn’t cross the 70 degrees mark under stock conditions. Let’s push these cards to the edge and see how they hold up.

Be it divine intervention or just co-incidence both the cards saw a hefty overclock of +200 on the core and +800 on the memory (same for both). Here are the resulting frame rates.

There was a healthy performance boost of 10% across most games upon overclocking with memory-bound titles benefitting the most. The Zotac GTX 1660 Super Twin fan, however, retained its slim lead over the Inno3D. One thing worth mentioning is that when the memory was overclocked to +1000, both the cards crashed, resulting in a BSOD. They were however quite stable till +900 MHz.

NVIDIA has seemingly locked the voltages, prohibiting even mild overvolting. This has possibly to do with the exceptional overclocking capabilities of these cards. The 1660 Super already beats the 1660 Ti when overclocked. They sure wouldn’t want the Super cannibalizing Ti sales even though the card is already obsolete.

The Zotac GTX 1660 Super once again boosts past the Inno3D, and this is despite the fact that the latter had better temps. The Zotac card hovered south of 2100 MHz while the Inno3D averaged around 2025 MHz. This is why the Zotac card manages to stay ahead even when overclocked. Since the thermals favor the Inno3D, my best bet is that the Zotac BIOS is configured for higher boost clocks with the temps not being a major constraint.

As you can see, the Zotac repeatedly runs into a power wall which is probably the limiting factor. The Inno3D on the other hand just seems to be a relatively lower quality silicon. Keep in mind that just because our sample overclocked this well doesn’t mean that each and every part will. This is just a generalization. There may be deviations but I believe the Zotac variant is better suited for overclocking.

The two cards are largely similar: six 1GB GDDR6 Micron chips connected via a 192-bit bus (32bit x 6), a six-pin power connector and four display connectors. The only difference (and it’s a major one) is with respect to the VRM. The Zotac GTX 1660 Super Twin Fan has a 6-phase VRM while the Inno3D has a rather paltry 4-phase setup. This is where the latter has done some cost-cutting, explaining the cheaper price.

What is a Graphics Card VRM (Voltage Regulator Module): Phases, Cooling, and Doublers

A quality VRM is essential for a steady and clean power supply to the GPU, especially when overclocking. Perhaps, it was because of the better VRM that the Zotac card was able to sustain higher boost clocks. It certainly did add to it.

The Zotac heatsink is clearly superior made of brushed aluminum and has more fins per square inch. Furthermore, the Inno3D heatsink is a simpler extrusion with fins on just one side and a flat bottom while the rival Zotac model has got them on both sides.

Lastly, the Inno3D card has a standard backplate while the Zotac Twin fan lacks one altogether. This doesn’t have any notable impact on thermals or performance but does add to the overall aesthetics. 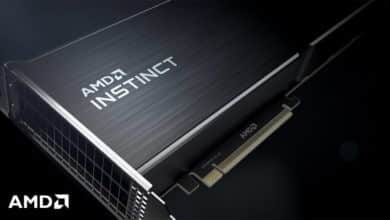 On THQ Nordic’s 10th Anniversary, Get Three Games For Free, Plus Tons of Discounts 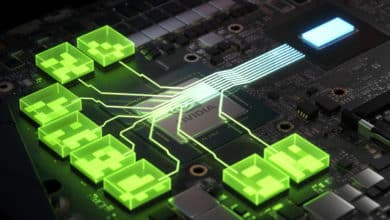