One of the hardest things to determine about a processor is the real-world (load) power draw. That’s doubly true for Intel’s latest CPUs. While the marketed TDP is usually around 95-125W, under load, most high-end chips consume as much as 180W. The latest Comet Lake-S processors take it to another level, with the Core i9-10900K drawing as much as 250W under load while the Core i7-10700K can go as high as 229W. In comparison, AMD’s Ryzen 9 3900X and 3700X are limited to under 150W and 90W, respectively. So why do Intel’s high-end processors draw so much power and what exactly is the power management profile of these chips like?

For starters, you should know that this isn’t an anomaly or malfunction. The TDP that Intel markets with its processors is with regard to the stock frequencies. When the CPUs boost to higher “Turbo Frequencies”, the power draw increases considerably. This power state or profile is called PL2 (Power Level 2) while the stock (marketed) power state is called PL1.

Then there’s Tau which determines the interval of the PL2 state. When you first boot your PC, it’s power limits will be set to PL2, much higher than the spec PL1 limits. Depending upon the load, your processor will engage one or more cores and boost to the rated Turbo Frequency. In most single-threaded and less intensive applications, the power draw will be lower than PL2 despite reaching the maximum boost frequency.

However, when you’re running a more intensive application, say Cinebench multi-threaded or 7-zip, all your CPU cores will kick into action. In such a scenario, the power draw will quickly soar up to the PL2 limit and the processor will reduce the all-core frequency to keep the power draw in check.

Under standard conditions, the processor would adhere to the PL2 power state for a duration “Tau”, usually 56 seconds and then return to PL1, thereby reducing the clock speed to the base frequency. This would continue till the intensive workload is completed and the CPU returns to idle. After that, it’d return to PL2 power limits and repeat the above explained behavior.

However, for better or for worse, Intel doesn’t enforce the PL2 and Tau values, and motherboard vendors are free to set them as they choose in the firmware. As such, most high-end Z series motherboards have a PL2 and Tau values much higher than the ones prescribed by Intel. For example, the Core i9-9900K has a PL2 value of 119W, but most OEMs set it to as high as 160 or 180W and making Tau infinite. While this may seem like an easy way to boost performance, it makes it hard to standardize the TDP and compare the efficiency/power draw across different systems.

The reason why motherboard vendors do it is rather straightforward: To get ahead of the competition. They include multiple-phase VRMs on their flagship offerings with 10+ phases, thereby safely increasing the PL2 power draw and allowing the processors to boost to the max frequency, indefinitely.

As long as you’re not hitting the thermal limits, this means most high-end Intel processors will draw a lot more power than spec and boost to Turbo frequencies much more often and for longer. It’s only in notebooks and handheld devices where the thermals and battery life are a concern that the Intel recommended PL2 and Tau values are enforced by OEMs. In the desktop space, it’s all fair game.

(Image sources at the end) 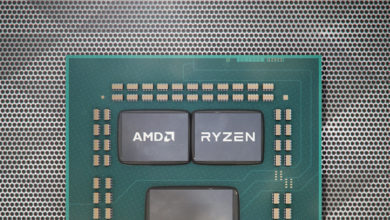 Intel to Offer Insurance for Overclocking the Core i9-10900K: Only for the CPU, not the Mobo or your House