Both the RTX 20 series cards are connected to 1GB memory chips via 8 (for 2080) and 12 (for the Ti) 32-bit memory controllers or channels. GDDR5 and GDDR6 can also operate in what is called clamshell mode, where each channel instead of being connected to one memory chip is split between two. This also allows manufacturers to double the memory capacity and makes hybrid memory configurations like the GTX 660 with its 192-bit bus width possible.

GDDR6 was preceded by GDDR5X which was more of a half-generation upgrade of sorts. GDDR5X features transfer rates of up to 14GBit/s per pin, twice as much as GDDR5 while also reducing the voltage from 1.5v to 1.35v.

This was achieved by using a higher prefetch. Unlike GDDR5, GDDR5X has a 16n prefetch architecture (vs 8n on G5). This allows it to fetch 64-bytes (512-bits) of data per cycle (per channel) while GDDR5 was limited to 32-bytes (256-bits). Similarly, GDDR5X also has a higher burst length of 16 (like DDR5) which allows the memory to fetch up to a 64B cache line per transfer. GDDR5 and DDR4 are limited to a burst length of 8 (or 32B x 2 per cycle) and an 8n prefetch.

To understand what burst-length means, you need to know how memory is accessed. When the CPU or cache requests new data, the address is sent to the memory module and the required row, after which the column is located (if not present, a new row is loaded). Keep in mind that there’s a delay after every step.

Then the entire column is sent across the memory bus, in bursts. For DDR4 and GDDR5, each burst was 8 (or 16B). With DDR5 (and GDDR5X/6), it has been increased to as much as 32 (up to 64B). There are two bursts per clock and they happen at the effective data rate.

GDDR6, like GDDR5X, has a 16n prefetch but it’s divided into two channels. So GDDR6 fetches 32 bytes per channel for a total of 64 bytes just like GDDR5X and twice that of GDDR5. While this doesn’t improve memory transfer speeds over GDDR5X, it allows for more versatility. The burst length is also the same as GDDR5X at 16 (64B).

Other than that, GDDR6 also increased the density to 16Gb (2x compared to GDDR5X, with a JEDEC max of 32Gb) and significantly improves bandwidth by increasing the base clock from 12Gbps to up to 14Gbps (16Gbps max). 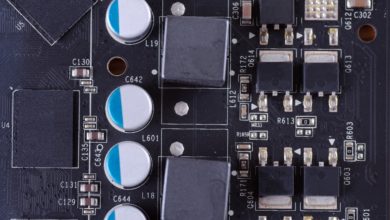