AMD’s Ryzen CPUs are made up of core complexes, namely CCDs and CCXs. But what is a CCX and how is it different from a CCD in an AMD processor? Let’s have a look.

The Ryzen 9 3950X features 16 cores while the Threadripper flagship, the 3990X boasts an insane core count of 64, the same as the Epyc Rome parts. This means that, at any given price-point, AMD can deliver more cores, more threads, and therefore, better multi-threaded performance, than Intel can, even after a number of price cuts.

What is an AMD CCX and CCD

There are pros and cons to having the CCX be Ryzen’s basic functional unit. A negative is that the baseline cost of manufacturing can be somewhat on the high end since AMD needs to pay up for a minimum of four cores. However, this is offset by the fact that Team Red salvages partially functional CCXs with, say, two or three functional cores, to create different SKUs. For example, the Ryzen 5 3600 features two CCXs, each of which has one core disabled, for a total of 6 functional cores.

However, while CCXs are the basic unit of silicon dabbed, at an architectural level, a CCD or Core Chiplet Dies are your lowest level of abstraction. A CCD consists of two CCXs paired together using the Infinity Fabric Interconnect. All Ryzen parts, even quad-core parts, ship with at least one CCD. They just have a differing number of cores disabled per CCX.

With the Zen 3 based Ryzen 5000 and Milan processors, AMD aims to discard the concept of two CCXs in a CCD. Instead, we’re getting an 8-core CCD with access to the entire 32MB of cache on the die. That means lower core-to-core latency, more cache for each more on the CCD, and wider cache bandwidth. These factors should bring a major performance gain in gaming workloads.

However, since silicon yields are never 100 percent, costs increase exponentially with larger designs. When you get to 10 cores and more, it’s virtually guaranteed that for every functional CPU, Intel discards at least one defective part: keep in mind, only one core needs to be non-functional for the part to be scrapped. In practice, this means that parts in Intel’s Xeon HPC lineup exceed five figures. It also means that there’s an upper limit to the number of cores Intel can viably implement in a single design: Xeon tops out at around 40 cores while AMD offers as many as 64 cores with Epyc Rome.

Ethereum Reaches All-Time High of $2,399 and a Market Cap of $276 Billion as Network Difficulty Expected to Rise 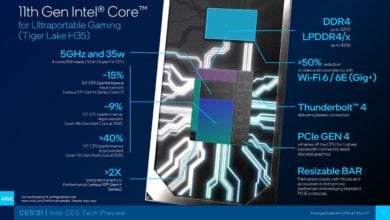 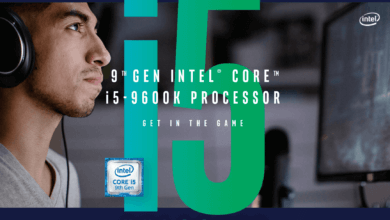