If you want a top-of-the-line system, especially for gaming or content creation, then an SSD is absolutely necessary. However, before you go hunting for one, you should know what to look for. There are multiple different types of SSDs. As far as the basic SSD storage cells are concerned, you’ve got SLC, MLC, TLC and QLC. Out of these, TLC is the most popular, though, QLC is going to eventually replace them. In terms of I/O, there’s SATA and NVMe.

Lastly, the latest SSDs are also based on 3D NAND/VNAND technology. This can make it really confusing to decide on one particular SSD. Let’s break down all these terms.

In HDDs, tracks are the building blocks of the storage memory. In SSDs, that same functionality is provided by cells. A cell is essentially a Gate Circuit. How much memory each cell can store depends on the type of cells an SSD uses. The most popular ones are: SLC, MLC, TLC, and QLC. These stand for Single-Layer Cell, Multi-Layer Cell, Triple-Layer Cell, and Quad-Layer Cell.

HDDs and SSDs: Which is Better for Gaming: Speed, Reliability, Lifespan, and Prices

The main limiting factor is that SATA’s maximum transfer rate is 600 MB/s. This isn’t a problem with HDDs since they top out below 200 MB/s. But SATA SSDs will be substantially slower than their theoretical max speed. Furthermore, SATA based drives can perform only one kind of function at a time, read or write, not both. NVMe based M.2 SSDs can.

So since there’s no place for the cells in 2D, we start stacking them one upon another. This is called 3D NAND. It is not only cheaper but faster as well as more power-efficient. This video explains it quite well.

NVIDIA Market Cap Soars Past Intel to $250 Billion For the First Time Ever: Shares at $406

Colorful Unveils AMD B550 Motherboards for Under $130

What’s the Difference Between DDR4 vs GDDR5 vs GDDR6 Memory 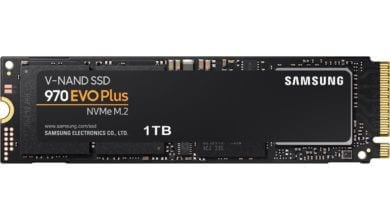 Samsung 970 EVO Plus sells for a steep US$60 discount 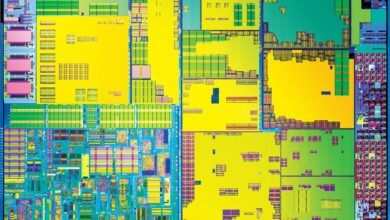 Difference Between L1, L2, and L3 Cache in a CPU: A Look at Cache-Memory Mapping