Although the number of gamblers keeps growing on a daily basis, a big percentage of players still believe in popular myths related to electronic gambling machines. There’s nothing strange about that because people feel like they lack control and perhaps even think that the game is staged, at least to a certain degree.

But is it really the case? Are slot machines and other digital gambling machines set to deceive players?

We can immediately say that the answer is ‘No’, but the whole topic definitely deserves additional explanations. Our job is to debunk common myths about gambling devices, so let’s see the seven most popular misconceptions.

The first myth on our list is a bit vague, so we have to make it clear right away. People rightfully believe that casinos have a higher winning percentage than lotteries, but there is a catch here. Namely, even the best online slots payout percentage is still not enough to help you win money if you play the game recklessly.

The idea is simple – you can hardly win a lottery, but you won’t lose more than a dollar or two. The situation is different with slot machines – the odds of winning are much higher, but you can end up losing much more money.

Casino games are known as games of chance. In case you couldn’t tell, the name itself suggests that you have the chance to win it. Therefore, it is by no means impossible to win a casino game on an electronic device. The only thing you need to remember is that casino machines are developed in a way that makes you lose more often than not. For instance, you are going to win 45% of your games, but you are going to lose in 55% of all cases.

3. Slot machines pay out when hot

Another popular myth is that slot machines pay out when hot. This is just a matter of prejudice because gamblers feel that the coins are warm after playing the same device for a long time. However, the truth is that every electronic device becomes warm when you use it for an hour or so. The temperature of the machine has nothing to do with your odds of winning – it only tells that you are playing the game without a break.

4. Things even up long-term

Some gamblers keep playing even if they lose the first few rounds because they think things will even up in the long run. For example, they will play 1000 rounds of roulette and expect to see 500 reds and 500 blacks equally. But it doesn’t work like that in reality. Statistics actually prove there will always be discrepancies, so you will end up seeing more reds than blacks or vice versa.

Many people believe that casino games are pure luck, which is not too far from the truth. But we have to add something to it – some games combine luck with skills. We are talking about games such as skill-based slot machines where you can significantly increase winning odds if you have enough knowledge and experience with a given game.

Myth number two is very popular, but it simply is not true. Casino devices function on predetermined mathematical parameters and so they do not depend on external interventions or frauds. Of course, we are talking about legal casinos that are officially licensed to provide gamblers with electronic gambling machines.

The last myth on our list is the exact opposite of the previous misconception. No machine is set to be loose intentionally because that’s not how electronic gambling devices function. There are only random number generators that control the game and make it completely unpredictable. What it really means is that no one can guess or predict the outcome based on previous attempts because the system is totally random and impossible to figure out.

Slot games and other electronic gambling machines are extremely popular among casino visitors, but it doesn’t mean that everybody trusts gaming devices and operators. On the contrary, a lot of people still believe in popular myths and misinterpret the way those machines actually work.

We wrote a brief seven-step guide to help you figure out the truth behind common gambling myths. Perhaps it sounds surprising, but there really isn’t anything mystical or mysterious about electronic gambling devices. Their only purpose is to make sure that casinos win money, which is what they do by default. 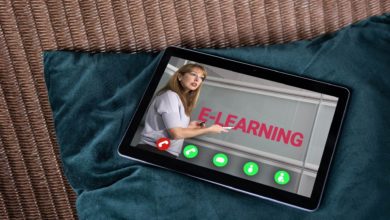 Reasons to Caption Your Videos

What are Cricket’s Biggest Betting Events