TAA, SMAA, FXAA, MSAA or SSAA, which one should you choose. Four options and this is just anti-aliasing we’re talking about here. Modern PC games include a slew of graphics settings to choose from and optimize performance. There’s Ambient Occlusion, Screen Space Reflections, Shadows, Texture Filtering, Post-Processing, and much more. What do all these graphics settings do, and more importantly how they impact the visual fidelity in your favorite games? Let’s find out!

Anti-Aliasing: SMAA vs TAA vs FXAA vs MSAA

Let’s start off with anti-aliasing. It’s one of the primary graphics settings you’ll find in games. You’ve got the traditional MSAA, SSAA, FXAA, and the newer shader-based SMAA and temporal techniques (TAA) that have become the norm. So, what does anti-aliasing do? In short, it gives the image a cleaner look by removing the rough or jagged edges around objects.

Here’s an example of how FXAA (fast approximate anti-aliasing) improves the image quality by reducing the jaggies. Enlarge the images and see how the second one is notably smoother. Here’s another comparison of how AA impacts your game. Here you can see SMAA in action:

The differences are subtle but exist across the entire image. Check the electric pole and the wiring. They lose the teeth on the edges when SMAA is turned on. The buntings and the vegetation also get the same treatment. However, unlike FXAA, SMAA isn’t too strong. It gets rid of the aliasing, without blurring the texture detail.

Traditional Upscaling: These mainly include MSAA (Multi-Sampling AA) and SSAA (Super Sampling AA) which were popular last-gen and for good reason. They produce the best image quality (broadly speaking) but the performance hit is severe. They work by rendering the image at a higher resolution and then scaling it down to fit the native resolution. This essentially makes the entire image more detailed and sharper, scaling down the rough edges in the process but not removing them entirely. Here’s an example:

Super Sampling renders the entire image at a higher resolution and then scales it down to fit the target resolution. The exact rendering resolution depends on the developer. The image can be downscaled along both the x and y-axis or one of them.

MSAA or multi-sampling uses edge-detection algorithms to detect aliasing (based on contrast differences) and then renders only those parts at a higher resolution. Once again, the amount of sampling varies from 2x to 8x. In most cases, SSAA and MSAA miss transparent textures as most edge detection filters fail to recognize them. Furthermore, they tend to reduce the intensity of aliasing, rather than completely eliminate it.

Shader based: Shader based AA techniques are more efficient and don’t impact the performance by much. They work by applying a slight blur to the edges, making the image smoother but at the same time reducing the sharpness. FXAA is a good example of how shader based AA gets rid of aliasing but reduces the level of detail by applying a blur filter.

TAA works by comparing neighboring frames (temporally) and blending them to create a cleaner image in motion.

The present frame is rendered along with the geometry and shading, after which it is reprojected on the previous image using the jitter offsets and motion vectors. After that a rectify filter is used to prevent ghosting and the post-processing effects are applied, thereby completing the frame. Similarly, this frame is used for reconstructing (by reprojection) the next consecutive frame, and the process continues.

Temporal upscaling uses a similar method to upscale lower-resolution images. The core difference is that unlike TAA, alternating pixels are rendered in consecutive frames, and filling the gaps using interpolation and samples from the neighboring frames.

Here’s a comparison of FXAA vs TAA used on the same image:

There are two kinds of shadows in games. “Shadows” and “Ambient Occlusion”. The latter refers to the ambient shadows that exist in crevices, edges and on surfaces hidden from the sun. The casting object and the shadow often overlap here. The primarily ambient occlusion technique is Screen Space Ambient Occlusion and it’s improved variant Horizontal Based Ambient Occlusion.

There are also the newer VXAO and ray-traced AO but those are still quite rare, so we won’t bother. If you do want to know about them, just remember that voxels (3D triangles) form the basis of VXAO while ray-tracing is used for the latter.

SSAO and HBAO are rough hacks that calculate (using an integral) where the light will penetrate and which areas will be shadowed. It’s an approximation rather than the actual thing.

The level of detail sets the object complexity and the in-game distance (from the camera) after which objects lose detail (or get blurred). It is often dubbed as environmental quality, terrain detail, game detail, rendering quality or some other related term in games for simplicity.

It affects the mesh quality of objects which actually just refers to the number of polygons rendered per object and in turn, the draw calls the CPU will need to send. As a result, a game with rich levels of detail will require a powerful CPU as well as a capable GPU.

Texture detail is like LOD except, no rendering happens here. These are the pre-baked textures that get loaded onto your graphics card’s VRAM and act as the skins of the in-game objects. The more detailed the textures, the more realistic will they look and accordingly consume more memory.

Texture filtering is one of those settings that makes your game look sharper. Well, then how is it different from the regular sharpening filter?

In simple words, texture filtering makes the textures sharper especially the ones in the distance by sampling their mipmaps. In the case of multiple mipmaps, the average is taken and the anisotropic filtering value specifies the angle at which the textures are scaled and sampled. More on this here.

Remember NVIDIA’s godrays? Yeah, that’s basically what volumetric lighting is. Team green uses tessellated godrays which are more performance-intensive but look better too. Traditional volumetric lighting simply is a demonstration of how the sun rays (or any rays) appear and behave in the game world.

Screen space reflections is a technique to render dynamic in-game reflections. It is quite taxing and for good reason. SSR basically re-renders the scene on transparent surfaces. However, it only does so for the objects visible on the screen. If there are other objects that are present in the same location but not visible on the screen, they will be culled.

Another popular refection technique is cube-mapping. In this, the textures are pre-baked onto the various sides of a cube and stored as six square textures or unfolded into six square regions of a single texture.

Tessellation is a DX11 based technique used to increase the level of detail in a scene without increasing the texture size. It is done by dividing the polygons into smaller ones to improve the mesh complexity and detail.

Tesselation is a technique that allows you to reproduce primitives (triangles, lines, points and such) in a 3D application. It does this by repeatedly subdividing the current geometry into a finer mesh.

This allows you to load a relatively coarse mesh, generate more vertices and triangles dynamically and then make it into a finer mesh.

Post-processing generally refers to effects that are implemented in the last phase of rendering, after all the other effects like tessellation, multi-sampling, reflections, and shadows are done. It includes shader-based effects such as depth of field, motion blur, ambient occlusion and sometimes FXAA or SMAA as well.

Another widely used technique, V-Sync basically caps your in-game frame rate to your monitor’s refresh rate, preventing screen tearing. It does so by slowing down the GPU pipeline to make sure the frame rate doesn’t go above your refresh rate. However, this can also affect your performance negatively by inadvertently making your game lag or inducing an input lag. Read more on it here:

CPU Cache: Difference Between L1, L2, and L3 Cache Explained; And a Look at Memory Mapping 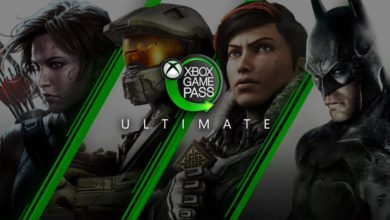 Get Xbox Game Pass and Spotify for 6 Months for $1