Before we dive into the benchmarks and other details, let’s have a look at the specifications:

AMD claims that the RX 5500 XT (8GB) is ~15-20% faster than the GTX 1650 Super, all the while offering twice as much VRAM for running the latest games with ultra textures.

This 10-game benchmark test suite should give you a better idea of where the two 1080p graphics cards stand with respect to one another.

The Radeon RX 5500 XT manages to beat the 1650 Super in just about every game from Assassins’ Creed to Metro Exodus. AMD favored titles like Red Dead Redemption, Deus Ex and Borderlands 2 see the Radeon RX 5500 XT ahead by as much as 25 FPS. The surprising part is that even in RTX (NVIDIA sponsored titles) like Metro and Tomb Raider, the GeForce 1650 Super lags by a notable margin.

Another important point to note here is that the 1650 Super has just 4GB of memory. Yet, at 1080p we saw almost no stuttering or VRAM bottleneck whatsoever, with the frame times of the two GPUs showing similar trends. Have a look at the sustained FPS graphs in two of the most demanding titles:

In Borderlands 3, both the cards show similar performance with drops and spikes in the same places. The 1650 Super is a good 10 FPS slower for the most part of the test.

The Metro Exodus benchmark is more interesting. Although the Radeon RX 5500 XT is faster by around 5 FPS for the majority of the duration, at the beginning and end of the benchmark, the GeForce card seems to have a clear advantage.

The RX 5500 XT barely gains any additional ground upon overclocking with a maximum boost of 5% in Deus Ex. The 1650 S, on the other hand, sees a sizeable uplift of more than 15%, beating both the stock as well as overclocked 5500XT in The Division 2 and somewhat alleviating the deltas in Deus Ex.

This extra performance, however, does come at an increased thermal output:

While the 1650 Super sees a temperature surge of almost 5 degrees to 77°C, the 5500 XT is barely affected with a max GPU temp of 73. Don’t compare the hot-spot temp as that’s different from the GPU temp reported by the GeForce driver. As you can see, the 100W ceiling of the 1650 S is a clear hindrance here. The card runs into a hard power bottleneck. I suspect this was done deliberately to prevent the cannibalization of the GTX 1660.

The RX 5500 XT is the clear winner here. It maintains notably higher frame rates than the GTX 1650 Super across all ten games tested, all the while costing less. The gap swells to a significant 20-30% in the Navi favored titles in-line with AMD’s official figures.

Dual-Channel vs Single-Channel RAM: Which is Better for Gaming on AMD Ryzen CPUs 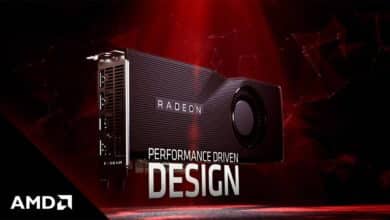