Screen tearing is one of the most annoying display issues faced by PC gamers. Variable refresh rate, otherwise known as Adaptive Sync is easily the best solution to this age-old problem. Both NVIDIA (G-Sync) and AMD (FreeSync) have their own respective implementations of adaptive sync. Although they do the same thing (make your gameplay smoother at lower refresh rates), the way they work is fairly different.

More importantly, you’ll want to know which one is superior: G-Sync or FreeSync? Should you opt for an AMD FreeSync monitor or one that supports NVIDIA’s G-Sync technology.

Firstly, what’s screen-tearing? Screen-tearing occurs when parts of multiple frames are displayed simultaneously, resulting in something like this:

This happens when your GPU is rendering more frames per second than your monitor can display. The result is screen-tearing which basically happens when parts of multiple frames are displayed simultaneously on the monitor. It looks as though the frame has been stretched and torn into parts, thereby the name “tearing”.

What is V-Sync: A detailed explanation

This can be fixed by v-sync but that has its own drawbacks: mainly input lag and deteriorated performance. Input lag is rather straight-forward: you press a key and there’s a delay before you see the intended result. These two problems, (although may not seem like much of an issue) can be the cause of victory or defeat in eSports and competitive titles.

What is Adaptive-Sync (Variable Refresh Rate)?

Traditional monitors come with a fixed refresh rate. The most common is 60 Hz. This is the rate at which the monitor refreshes the screen, before displaying the next frame. It tells you how many frames your monitor can display per sec without tearing. However, as I’m sure you already know games don’t always run at a fixed frame rate, there are inconsistencies, sometimes the GPU ends up rendering more frames than your monitor can display, sometimes less. This results in screen tearing and lags, respectively.

The easiest way to tackle this is to either drop some of the more intensive graphics options or enable V-Sync. However, as already explained the latter can cause input lags as it essentially limits the frame rate, generally to the refresh rate, but in some cases to half of it.

What G-Sync and FreeSync compatible monitors do is that they vary the refresh rate of your monitor according to your game performance. Say you are running a game at 50FPS. Then if your monitor supports adaptive sync, it’ll scale down the refresh rate to 50 for smoother gameplay. However on the flip side, if you’re getting more frames per sec than your monitor can display, then this technology can’t help you.

With NVIDIA’s G-Sync monitors (not G-Sync compatible), there’s one big caveat. They require a proprietary G-Sync module which costs a good $100-200, greatly adding to the cost of the monitor. To make matters worse, NVIDIA is the ONLY supplier of these G-Sync enabling kits.

AMD’s FreeSync technology, on the other hand, uses the VESA certified Adaptive-Sync standard built atop DP 1.2a. So basically any monitor with Display Port 1.2a or higher can integrate FreeSync. The best part is that AMD itself doesn’t manufacture the FreeSync hardware scalars. Instead, a number of third-party OEMs do the job. And since there is more than one manufacturer (competition), the prices are much lower. You can get a Free-Sync monitor for as low as $100!

In contrast, even the cheapest G-Sync compatible monitors which basically use the same technology cost nearly twice as much. Apparently, Jensen and Co vouch for each monitor individually and not all displays make the cut. That requires resources and thereby the additional cost. Or so they say. Regardless, you can now use most FreeSync monitors with NVIDIA cards over DP 1.2a out of the box.

There is one main difference between how G-Sync (again, not G-Sync compatible) and FreeSync function. NVIDIA’s G-Sync displays lock the frame rate to the monitor’s upper limit (using LFC when the average FPS is too low) while with FreeSync (and G-Sync compatible) monitors, it’s supported within a range, usually between 45 to 75Hz. If the frame rate goes above 75 Hz, there will be tearing. However, there still won’t be any input lag which is more important in eSports and fast-paced shooters.

These days, most higher-end FreeSync and FreeSync 2 monitors have a wide supported range, and very rarely (almost never) will you face screen tearing if you’re using one of these displays.

One of the main differences between FreeSync and G-Sync is that the former like most of AMD’s technologies is OpenSource. It leverages the VESA Adaptive-Sync that comes along with Display Port 1.2a. As such, there are no penalties or royalties that need to be paid to implement FreeSync, allowing OEMs to integrate it into even the cheapest of monitors. The lower end FreeSync models cost less than $120.

G-Sync, on the other hand, is NVIDIA’s own proprietary technology. Earlier there was only one version that required a PCB from Green team to enable it. However, recently NVIDIA embraced the VESA standard, dubbing the monitors that support it “G-Sync Compatible”. G-Sync compatible displays are essentially FreeSync monitors vetted and tested by Jensen and Co.

All this requires manpower and resources, so even the third-tier G-Sync Compatible ones are fairly expensive. The cheapest ones cost almost twice as much as some of the entry-level FreeSync monitors. However, keep in mind that you can now enforce G-Sync in any monitor supporting FreeSync, though the results won’t always be pleasant.

When it comes to quality, G-Sync monitors take the cake. Of course, they cost more than most modern graphics cards, and that’s the drawback. Low-end FreeSync monitors “get the job done”. Not to say that they are inferior per se, but most of the cheap ones only support Adaptive Sync between 48Hz and 75Hz. Basically, if your frame rate goes below 48, it’ll result in unbearable stuttering.

AMD has come up with something called Low Framerate Compensation (LFC) to deal with this, but only the higher-end models support it. LFC duplicates the frames to push up the average frame rate to the minimum supported by your monitor. Say you’re getting 25 FPS in a game and your monitor supports FreeSync north of 50 FPS. Then LFC will render an identical copy of each frame and display it between constant intervals to increase the average FPS to 50.

AMD has got another advantage with respect to connectivity. Traditional G-Sync monitors only work over Display Port. Many G-Sync compatible monitors support HDMI as well, but the more expensive ones are largely limited to DP. Both FreeSync and FreeSync2 monitors come with HDMI as well as DP support, providing more versatile connectivity options.

So there you have it, G-Sync vs FreeSync. Earlier, the main difference was that FreeSync was for the masses: Not the best but affordable. G-Sync was largely limited to enthusiasts with deep pockets. The differences are more subtle now. FreeSync2 is improved and older screens with LFC are mostly on par with G-Sync compatible models, but can’t be had for the same dirt cheap prices. With NVIDIA’s adoption of the VESA standard, the playing field has mostly leveled. However, you can still find FreeSync monitors much cheaper than rival G-Sync screens. They’re not the best, but considering the dirt cheap prices, they’re more than what you can expect. 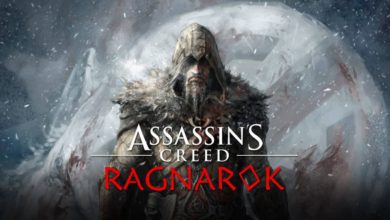 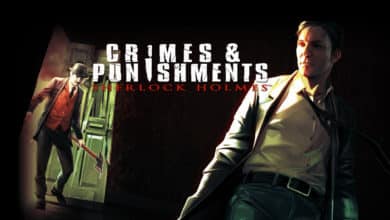 Battletech Review: The Holy Union of XCOM and Startrek