After multiple delays and teasing, the fourth entry in BioWare’s adored Mass Effect franchise arrived a week ago. However, the game got a mixed response, ranging from “OMG this is amazing, it’s been so long since I played Mass Effect” to “Yeah..I shouldn’t have bought it”. I have put in over 75 hours into this game and here’s what I think.

First and foremost, lets talk about the story. BioWare is known for making games with memorable characters and stories. This game once again proves that, more or less. It has a really (and I mean really) slow start, but does begin to meet the expectations once you are over a dozen hours into the game. The story is set several hundred years after the trilogy, wherein numerous mammoth ships or “arcs” are sent to the Heleus cluster of the Andromeda Galaxy, each carrying one race from the milky way, in an attempt to find a new home. But just as it reaches Andromeda, the human arc gets caught in a mass of dark energy called the Scourge which disrupts the arc’s systems. At the same time, the “Golden worlds” which were expected to be habitable turn out to be deserted and lifeless. To make matters worse, the Nexus (similar to the Citadel) too seems to be in disarray, the human arc loses its pathfinder (technically commander) and the other arcs are nowhere to be found. That is where the story begins, the player character or the new pathfinder has to find hospitable planets fit for outposts, look for allays and deal with hostile natives, while uncovering remains of an ancient “Remnant” civilization.

As BioWare mentioned numerous times, you are an alien this time around so you have to work and co-operate with the native species if you want to settle in Andromeda. Here is where I would like to stop and point out something important. Andromeda only features two types of aliens (I mean natives), the Kett who are hostile and the Angara, who are fighting the Kett to save protect their home and families. This kinda bothered me at first. I mean the milky way had all sorts of weird alien races, batarians, krogan, asari, turians….I could go on and on. So how come Andromeda only has two. But there is actually a reason for this, which is revealed in the later half of the story.

Now, the crew… they are quite a bunch (though some are more interesting than others), just like the old Normandy’s thanks to amazing voice actors and the writing team at BioWare. The facial animations, however are just a mess. They are pretty much on par with the very first ME game. This really mucked up the game’s image even before it launched.

The companion or “loyalty” missions are back, each set in a distinct and unique location, and include some of the best parts of the game. Its actually the little things that make the crew memorable, like having a chat with them every once in a while, reminiscing about the past or discussing the future, or just spending some quality time with them at a bar or in the pathfinder’s quarters. The romances are quite similar to the older games, albeit with more flexibility and are em…steamier.

As far as the Ryder twins go, they are in one word, rookies. They aren’t  popular war heroes or well known by any means and often joke around to lighten the mood. The crew members’ behavior at times further indicates this. The Paragon-Renegade system has been removed. The dialog wheel instead is composed of four types of options, emotional, casual, professional and practical. Apparently, these dialog options define Ryder’s personality. I played as the male Ryder and I have to say he is definitely going to go on my list of “favorite protagonists”.

The main or priority missions are as good as the older ME games, intense, story-rich and extremely immersive. However, there aren’t that many of them and approx less than half of the side quests are acceptable, with an interesting storyline while the rest are “fetch” quests (mainly the tasks). The same goes for the “remnant vault” quests. Even the banter and lines are identical for all the five vault missions. This is one thing that I can’t seem to get over. Yeah sure, the original trilogy was more linear and didn’t have many side-quests but the ones it did have were gripping and enjoyable. I would take quality over quantity any day. This is exactly what’s wrong with a lot of open world games these days.

On this front, the new Mass Effect feels largely like Dragon Age Inquisition. The Andromeda Galaxy features around half a dozen planets, on which the Tempest can land. Each of them are completely different from one another and look spectacular, but are filled with a butt-load of boring sidequests and Remnant remains (an ancient civ). This sort of makes you wonder about the creativity of BioWare’s present team. The planets look simply breathtaking and all, but they are empty, there is nothing to do, except for the Ubisoft-styled meaningless, boring side-tasks. Similar to the Witcher 3, a lot of the missions involve scanning for clues, using the AI, Sam. But even that gets painfully repetitive after a while. Its just go there scan this, scan that and kill them and report, then repeat the same for a 100 more quests. Seriously, come on thats the Ubisoft formula. What did they do in the last 5 years.

One of the main objectives throughout the game is to establish outposts on these planets, where the colonists can settle, granting you different perks and revival of more people from cryo. The settling is done by increasing the viability of each planet, which in-turn is achieved by completing various tasks( again most of them are boooring), eliminating threats and making the natives happy.

This game also has a crafting system similar to Dragon Age Inquisition. You scan various objects and gain research points, then spend them at research points to unlock blueprints and develop weapons. The equipment itself is of three types- Milky Way, Remnant, and Helius. MW consists of N7, a couple of armors and some weapons from the previous games, while Helius and Remnant feature brand new ones, including heat-based weapons and some strange collector/reapor-tech looking gear. As for the resources needed to craft the stuff, they can be obtained from a variety of sources, like merchants, loot, scanning planets or by directly mining using the Nomad.

Before I forget, the Nomad which was originally introduced in the first game also makes a return. This multi-terrain vehicle will be your primary means of transport and exploration on land. That is especially true on planets with hostile conditions. Just like the equipment, the Nomad can be upgraded, its boost and as well as hydrolics, speed, traction,etc.

Combat is one of the best parts of Andromeda. Its fast paced, real-time and the class system has been overhauled. You can change your class anytime, throughout the course of the game. However, each class has a basic requirement…e.g. Adept Class requires a certain number of skills to be invested in Biotics, while Vanguard is a mix of biotics and combat. Similarly, soldier profile requires points invested in combat…The jetpack allows for more fluidity and better evasion tactics during combat, while making travel on foot more convenient. A number of combos attacks can be unleashed by stringing different powers.

Furthermore, the skill points can be reset anytime from the tempest’s medbay, although the credit requirement significantly increases, depending upon the times you do it. The cover-system is similar to Mass Effect 3, but this time around the characters take cover automatically if near any. As for the skills, most of the abilities from the older games are retained, upgraded or both. But one thing that feels a bit unfair is that you equip only three powers at a time. Although you can set upto four loadouts for these skills or powers that can be changed in realtime (called “favorites”) but all of them hit cooldown when you do, making them unuseable for a brief interval during battle, and as you can imagine this can get real annoying. Also, you can’t control your squad mates in combat, so yeah bummer.

The game is soundly optimized, looks simply breathtaking, and by far has the higher level of fidelity compared to any other game out here, thanks to the power of EA’s Frostbyte 3 engine. The CPU cores are all efficiently utilized just like all other FB 3 based games. I used an i7 4770, and  the CPU usage stayed around 75% mostly and plus I play at 4K. So at lower reolutions the CPU usage should stay somewhere between 90-100%. As for GPU benches, have a look:

As you can see, Andromeda doesn’t go easy on the GPUs. For 4K, nothing short of a 1080Ti or 980Ti SLI will do. Even then you are gonna have to reduce the lighting and shader complexity in some areas. As for 1440p, a 1070/980Ti will get you home and a 1080 will allow  you to stay above 60 FPS at all times. The performance varies depending upon the location. The above benches indicate the performance planetside. For some reason, there are random stutters and FPS drops on the Tempest, but hopefully it’ll be fixed soon enough. As for the system memory, it hovers above a bit above 8 GB, however the VRAM usage stays well below the 5 GB mark.

If you think about the setting of the game, it is a new beginning. They could have taken the story in any direction. It had tons of potential, but they just weren’t able to harness it. They could have gone with space monkeys, flesh eating aliens, but they kinda decided to stick to the mundane. The core story and companion quests are great, but this game is crippled with bugs and the horrible facial animations. Also, it suffers from the same problem as Inquisition. A lot of the side quests are way too repetitive. Still, fans of the franchise and BioWare fans in general should find this game enjoyable enough. In my opinion, BioWare should just stick to making semi-open world games like the original trilogy.

More than half a dozen, individually crafted planets that simply breathtaking

The Legend of Heroes: Trails in the Sky the 3rd Review 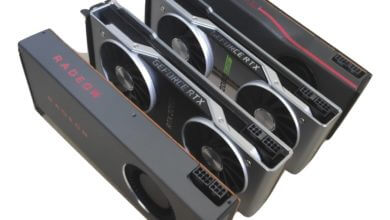 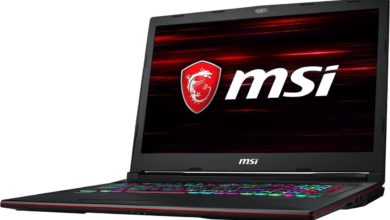