I used to have 4 RAM modules–a pair of ADATAs at 2400 MHz stock and a Samsung module at 2100 MHz. All four ran happily at 2933 MHz. High-frequency RAM is especially important if you have integrated graphics: your iGPU shares memory with the CPU and you’ll need as much memory bandwidth as you can get.

At first sight, the difference may not look like much. After all, the average frame rates aren’t affected by much, but the lows and frame pacing take a big hit. The CPU latency in single-channel increases by a whopping 50%. This because there is only one 64-bit channel between the CPU and memory (in dual-channel, there are two)

In single-channel mode, the frame rate drops below 60 quite often in Division 2 but in dual-channel, it stays over 60 throughout the duration of the benchmark. The FPS drops are fewer and the 1% lows are particularly higher. This directly translates into smoother gameplay and fewer bouts of anger.

Let’s do a more detailed test, this time with the 12-core Ryzen 9 3900X. Unlike the Ryzen 7, the 3900X has two CCDs, connected by the Infinity Fabric. As such, the impact of memory speeds and dual-channel memory should be more prominent in this case. We’ll be testing Assassins’ Creed Origins, Ashes Escalation, The Division 2 and Metro Exodus at the highest quality preset at 1080p (paired with the GeForce RTX 2080 Super):

As expected, Assassins’ Creed chokes really hard when using a 2400MHz, single-channel configuration. Even the mighty 3900X can’t hit an average of 60 FPS (with an RTX 2080 Ti) at 1080p in Origins, with lows of just 20. Switching to a dual-channel config, more than doubles the lows and pushes the average to over 80 FPS. It’s interesting to note that a dual-channel 2400MHz kit is better than a single channel 3600MHz config. 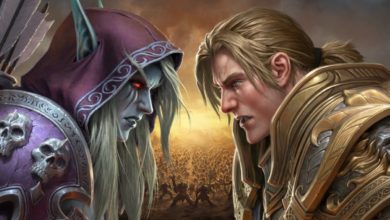 Tales of Vesperia Definitive Edition: The Good, The Bad and the Cliched