I used to have 4 RAM modules–a pair of ADATAs at 2400 MHz stock and a Samsung module at 2100 MHz. All four ran happily at 2933 MHz. High-frequency RAM is especially important if you have integrated graphics: your iGPU shares memory with the CPU and you’ll need as much memory bandwidth as you can get.

Let’s do a more detailed test, this time with the 12-core Ryzen 9 3900X. Unlike the Ryzen 7, the 3900X has two CCDs, connected by the Infinity Fabric. As such, the impact of memory speeds and dual-channel memory should be more prominent in this case. We’ll be testing Assassins’ Creed Origins, Ashes Escalation, The Division 2 and Metro Exodus at the highest quality preset at 1080p (paired with the Zotac GeForce RTX 2080 Ti AMP):

As expected, Assassins’ Creed chokes really hard when using a 2400MHz, single-channel configuration. Even the mighty 3900X can’t hit an average of 60 FPS (with an RTX 2080 Ti) at 1080p in Origins, with lows of just 20. Switching to a dual-channel config, more than doubles the lows and pushes the average to over 80 FPS. It’s interesting to note that a dual-channel 2400MHz kit is better than a single channel 3600MHz config.

What is a CCX vs CCD in an AMD Ryzen Processor: A Look at the MCM "Chiplet" Architecture

CrossTalk: Another Security Vulnerability that Affects only Intel CPUs 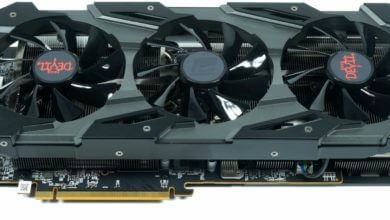