Single-channel vs dual-channel RAM, what’s that about? Let me explain. Sometimes you’ll notice that despite having the fastest CPU-GPU combo, you’re not getting consistent 60 FPS. There may be random drops, choppiness or frame pacing issues. Before you start dissing on the OEMs, be sure to check if you’re not running into a memory bottleneck. It could be because your memory speed is too less or you’re running a single-channel RAM configuration instead of a dual-channel.

In most cases, it’s the latter. Games like Assassins’ Creed and Fallout 4 benefit immensely from dual-channel memory configurations and it’s impossible to get a smooth experience if you’re running a single-channel memory setup, regardless of how expensive the rest of your rig may be.

I have 4 RAM modules–a pair of ADATAs at 2400 MHz stock and a Samsung module at 2100 MHz. All four happily run at 2933 MHz. High-frequency RAM is especially important if you have integrated graphics: your iGPU shares memory with the CPU and you’ll need as much memory bandwidth as you can get.

Let’s do a more detailed test, this time with the 12-core Ryzen 9 3900X. Unlike the Ryzen 7, the 3900X has two CCDs, connected by the Infinity Fabric. As such, the impact of memory speeds and dual-channel memory should be more prominent in this case. We’ll be testing Assassins’ Creed Origins, Ashes Escalation, The Division 2 and Metro Exodus at the highest quality preset at 1080p (paired with an RTX 2080 Super):

As expected, Assassins’ Creed chokes really hard when using a 2400MHz, single-channel configuration. Even the mighty 3900X can’t hit an average of 60 FPS, with lows of just 20. That too at 1080p with an RTX 2080 Super to boot. Switching to a dual-channel config, more than doubles the lows and pushes the average to over 80 FPS. It’s interesting to note that a dual-channel 2400MHz kit is better than a single channel 3600MHz config.

At the end of the day, it’s about the overall bandwidth, and the former delivers more data to the CPU, all the while keeping your budget reasonable.

Going dual-channel is one of the simplest, most obvious upgrades you can make. You already have (at least) a single RAM module. You can double your memory bandwidth for the price of just one more, and increase your framerate in some games by as much as you would when getting a new GPU. 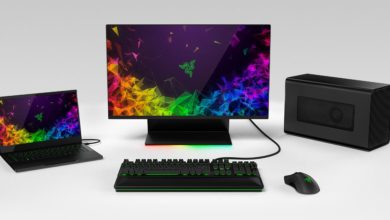 How to Buy the Best Monitor for your Gaming PC

The Council Review: Where Art Thou Mother [Part 1]