The Legend of Zelda: Breath of the Wild is often hailed as one of the best Japanese games (if not the best game) of this generation. While it may be one of the finest Eastern adventure games, there are quite a few Western RPGs that can give it a run for it’s money. In my opinion, one such game is Larian studios’ Divinity Original Sin II.

JRPGs have a niche but vocal audience, many of whom tend to be reviewers and critics. The reason for the relatively smaller fan-base of JRPGs can be attributed to multiple reasons. Firstly, being limited to only one or two consoles (for Zelda that would be the Nintendos). Secondly, having childish, cliched settings and lastly, the absence of a localized English version for some.

Gamers also tend to have varied tastes which makes it even harder to rate games. Most RPG fans prefer games with darker themes like Dragon Age and The Witcher 3, while the rest opt for JRPGs having colorful visuals and light-hearted stories. In this post, seeing as it’s coming to current-gen consoles in the coming days, I would like to discuss Divinity Original Sin II and why it’s one of the best RPGs ever.

Right off the bat, what really makes Original Sin II so appealing is the game-world. There is so much depth to it that it’s impossible to experience the entire content in one playthrough. You can speak to animals, ghosts and they’ll tell you their stories, perhaps even a quest or two. And these aren’t those fetch quests that involve going from point A to point B, but intricately designed sub-plots that can be resolved in multiple ways.

One such memorable character from my last playthrough was a chicken who claimed to be a wizard. I decided to mess with him and he ended up teleporting me to the other end of the island! There is always something fascinating in every part of the world, from exploding pigs, to talking chicken, characters possessed by demons and so on.

In fact, I could go on and on about the quirks of this game. You have a spell that turns enemies into hapless chickens and the teleport ability can be misused to kill the toughest of enemies by landing them on a lava-bed or somewhere far away (then you can first defeat the smaller, more troublesome critters and then by the time that guy gets back focus your entire party’s attacks on him and finish him/her off).

Divinity: Original Sin was somewhat lacking in character development. Generally it’s hard for a sequel to live upto the original game but in this case, not only did Original Sin II surpass it’s predecessor, it improved upon the faults of the first game, while retaining the positives. All the Origin characters are superbly written, and you actually feel for them and understand their motives. They have their own consistent temperaments that go well with their individual backgrounds.

Combat was also perfected in Divinity Original Sin II, making it possibly the best turn-based system. Magic damage and physical damage have separate defenses that need to be eroded before the characters start loosing their health. Similarly, skills like knocked down will only affect characters after their physical armor has been worn out. The same goes for magical abilities, and spells like teleport, burn, freeze poison will only cause the desired effect after the magical defenses have been taken care of.

All these factors make the class system quite relevant. You can’t have a mage with bulky armor, or a knight (a front-line fighter) with fragile defenses. A marksman will generally have weaker magical defenses, while a mage will have a strong guard against magic but will be weak against physical damage.

Just like it’s predecessor, player choice is an important part of Divinity Original Sin II. In every act, you can ally yourself with one of the many factions or try to fight it out on your own. The paths and consequences vary and different characters react to them in their own way. The ending is also impacted by many of these seemingly subtle decisions.

You have to decide who you’re going to side with, and who you’ll kill/abandon. This significantly adds to the replayability value of the game. Every race has one or two unique skills and your character build actually affects the main as well as side quests. That’s not all, you can play Divinity Original Sin II with your friends, but by the end, only one of you can become the Divine (basically a god). You can either persuade them to let you ascend or vouch for one of them. Lastly, there’s always the option of backstabbing.

Another unique aspect of the game is the atmosphere and mood. The characters will regularly indulge in playful banter and exchange sarcastic remarks, but when it comes to their personal agendas, they’ll put on their serious faces and and get down to business. You won’t have those overly good-hearted protagonists or naive characters who believe that “love and friendships conquer all”. It’s just the right amount of humor and comedy, balanced by an equal dose of realism.

Lastly, the soundtrack and the visuals. All of Larian’s games have phenomenal soundtracks. The original Divinity Original Sin’s tracks were composed by the late Kiril Pokrovsky (may his soul rest in peace), and for the game in question, the credits go to Borislav Slavov. Both the games feature wonderful music, but Original Sin II has an absolutely epic soundtrack. It suits the theme of the game (which is “to ascend to godhood or divinity”) quite well.

The visuals also complement the overall tone of the game. You don’t have those overly bright-colored visuals, reminiscent of JRPGs, nor the super realistic ones of The Witcher 3, but somewhere in between. The game world looks kind of lifelike while the characters maintain that fairy tale look.

So as I’ve explained, Larian studios has created nothing short of a masterpiece with Divinity Original Sin II. In fact, I can’t really think of any flaws. You can mess around in this game, play it the way you prefer or chase your primary objective of attaining Divinity. It never gets old, be it the quirky characters, immersive soundtrack or the densely populated world. There are always secrets to be uncovered and NPCs to meet.

Ni no Kuni II: Revenant Kingdom Lets You Play As A Cat-King In A Fairy Tale Setting

AMD Rumored to be Working on 18 TFLOP RDNA 2 GPU, Up to 50% More Efficient in Ray Tracing than NVIDIA’s RTX Cards? 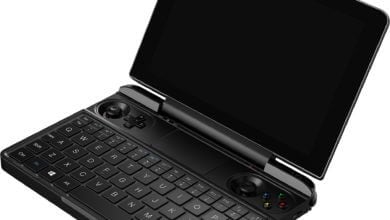