DDR4 vs GDDR5 vs GDDR6: What’s the Difference Between Main Memory and Graphics Memory

Many people get confused between the two and use them interchangeably. There’s also LPDDR4 memory used in smartphones and other mobile devices, and HBM utilized in servers and exascale computers. In this post, we explore the differences between DDR4 and GDDDR5 memory along with a brief explanation of HBM, LPDDR4 and the newer GDDR6 standard.

Nearly every kind of memory is based on dynamic random access memory or DRAM. ‘s slower than static ram (SRAM) as it has to be refreshed continuously by the memory controller. At the same time, it is much more affordable which is the primary reason for its widespread use. SRAM is used as the memory in GPUs and CPUs as it’s much faster and efficient compared to DRAM.

Unlike the transition from DDR2 to DDR3, the move to DDR4 didn’t increase the burst length or prefetch. Both DDR3, as well as DDR4, has a burst length of 8 and an 8n prefetch.

However, there is one key difference in the memory bank groups of DDR3 and DDR4 memory. As you can see above, DDR3 has an 8n prefetch with four memory arrays forming a bank group connected via a multiplexer to the I/O controller.

Although DDR4 maintains the same 8n prefetch and burst length as DDR3, it has two memory bank groups per channel. The two bank groups are separate and can execute two independent 8n prefetches. This is done by using a multiplexer to time division multiplex its internal banks. Therefore, the effective prefetch for DDR4 is wider than DDR3.

With that out of the way, talk about GDDR5 memory, the predominant memory standard on video cards (now replaced by GDDR6).

GDDR6 was preceded by GDDR5X which was more of a half-generation upgrade of sorts. GDDR5X features transfer rates of up to 14GBit/s per pin, twice as much as GDDR5.

This was achieved by using a higher prefetch. Unlike GDDR5, GDDR5X has a 14n prefetch architecture (vs 8n on G5). This allows it to fetch 64-bytes (512-bits) of data per cycle while GDDR5 was limited to 32-bytes.

GDDR6, like GDDR5X, has a 16n prefetch but it’s divided into two channels. So GDDR6 fetches 32 bytes per channel for a total of 64 bytes just like GDDR5X and twice that of GDDR5. While this doesn’t improve memory transfer speeds over GDDR5X, it allows for more versatility.

Other than that, GDDR6 also increased the density to 16Gb (2x compared to GDDR5X) and significantly improves bandwidth by increasing the base clock from 12Gbps to up to 16Gbps.

LPDDR4 is the mobile equivalent of DDR4 memory. Compared to DDR4, it offers reduced power consumption but does so at the cost of bandwidth. LPDDR4 has dual 16-bit channels resulting in a 32-bit total bus. In comparison, DDR4 has 64-bit channels.

DDR4 vs LPDDR4: What’s the Difference Between PC and Mobile RAM

DDR4, on the other hand, has two 8n prefetch banks per channel. The two banks are separate and can execute two independent 8n prefetches. This is done by using a multiplexer to time division multiplex its internal banks.

What is Cache Memory? Difference Between L1, L2, and L3 Cache Explained; Types of Memory Mapping 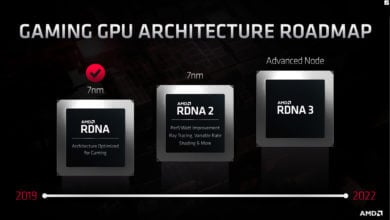 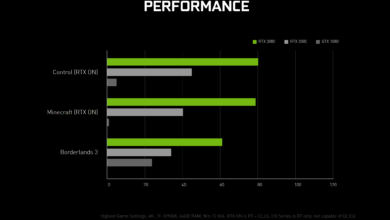 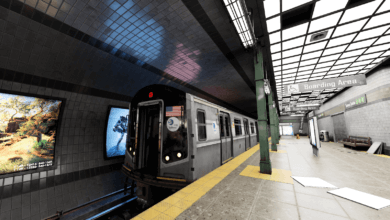