AMD recently announced that it would support its next-gen Ryzen 4000 CPUs on existing 400 series boards, in addition to the newer B550 and X570 chipsets. While that’s good news for owners of the older motherboards, we’d strictly advise against buying a B450 or X470 board. There are certain caveats that will limit 400 series owners after they flash the beta BIOS meant for the newer processors. You can read more about that here.

While we’ll still include one B450 motherboard in the list, only opt for it if you’re willing to restrict yourself in terms of processor compatibility even with the beta BIOS update.

Best Budget Motherboard for the Ryzen 3 and Ryzen 5 CPUs: GIGABYTE B450 AORUS-M

Best Motherboard for the Ryzen 3 and Ryzen 5 CPUs Overall: GIGABYTE B550 AORUS PRO

The newly introduced B550 motherboards bring PCIe 4.0 to the masses at cheaper (not exactly) than X570 prices. Gigabyte’s B550 Aorus Pro is the one you ought to be looking at. It comes with a 12+2 Phases Digital VRM which in reality is just a 6 phase VRM using doublers or some other gimmicks to make it a 12 phase.

Regardless, that should be enough to power any Ryzen 5 or Ryzen 7 processor with ample overclocked headroom. The board supports up to 128GB of DDR4 memory at up to 5,400MHz for AM4 Renoir (3rd Gen Ryzen is limited to 5,200MHz), one PCIe 4.0 slot for a discrete graphics card, six SATA III ports and two M.2 slots with their respective heatsinks.

What is a Motherboard VRM: Power Phases, Doublers, and Working

MSI’s MEG series has some of the best AMD X570 boards. The ACE is a well-balanced choice. 128GB RAM over four DIMMs @ 4,600MHz, three PCIe 4.0 x16 slots for a triple XFX solution and three M.2 slots for blazing-fast PCIe 4.0 based SSDs will let you build a monster rig ahead of its time.

Alternative: The ASRock X570 Taichi is another X570 motherboard with all the bells and whistles of a top-end AM4 board. 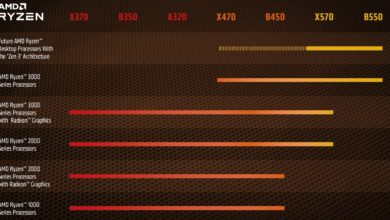