Ah, 2560×1440, the unwanted middle child of display resolutions. It doesn’t carry quite the same cachet with tech journalists as 4K gaming on the NVIDIA RTX 2080 Ti, 2080 Super and other high-end graphics cards have. And yet, it’s a major step beyond 1080p, where, according to the Steam hardware survey, the vast majority of gamers continue to play at.

However, in many important ways, 1440p is the best possible resolution to game at. The relatively high pixel count vis a vis 1080p means that 1440p looks great on 27 in monitors and is even acceptable on larger 32-inchers. At the same time, it doesn’t put quite as much strain on your GPU hardware as 4K does, giving you the headroom to crank settings up as high as you’d like. In this piece, we’ll be taking a look at the best graphics cards for 1440p gameplay across different price points and performance targets

After AMD’s last-minute spec revision to the RX 5600 XT, the midrange “premium 1080p” part suddenly became a viable 1440p contender. While the 6 GB framebuffer means that you might run into trouble with ultra textures in some games, the RX 5600 XT features an identical shader and backend configuration to the more expensive RX 5700, albeit with memory running over a 192-bit bus. Relative to the competition, it means you get a card that wrecks the RTX 2060 and holds its own against the RTX 2060 Super, something that our benchmarks speak to. You lose out on RTX ray-tracing and the 6 GB framebuffer might be an issue further down the line. But in the here and now, the RX 5600 XT is a fantastic way to get into 1440p gaming without breaking your wallet.

When it launched at $349, the RTX 2060 wasn’t exactly what we’d describe as a budget-friendly part. Thankfully, the arrival of the RTX 2060 Super (and RX 5600 XT) have pushed RTX 2060 prices down to where they should have been all along. The EVGA RTX 2060 KO is priced at $299. For your money, you get RX 5600 XT levels of performance along with support for Nvidia’s RTX ray-tracing. Corners have been cut to bring this RTX 2060 model down to this price point: The EVGA RTX 2060 KO utilizes the same PCB as EVGA’s 1660 Ti. This means that you won’t have much overclocking headroom.

If you want to run RTX effects in intensive games like Metro: Exodus, you’ll need to drop settings or enable DLSS. Incidentally, Nvidia’s DLSS implementation has been getting better over time and 1440p with RTX and DLSS on isn’t a bad way to game. As with the RX 5600 XT, the 6 GB framebuffer might be a bit of a problem in the years to come, but in the here and now, this is the best entry point to RTX gaming.

When the RX 5700 XT launched, AMD described its last-minute decision to drop the suggested retail price by $50 to be a “double-jebait.” Whatever that means. However, maintaining a bit of price gap between the 5700 XT and the RTX 2070 Super is very important. The latter card supports hardware-accelerated ray-tracing and offers 5-10 percent better performance in rasterized workloads. Thankfully, RX 5700 XT prices have been coming down, even as the RTX 2070 Super continues to sell in the $500-plus price bracket.

The ASRock Radeon RX 5700 XT Challenger D offers perhaps the best value in the segment, period. At just $359, it’s a mere $10 above the sticker price for the RX 5700. You get a remarkable amount of value for money with this card. At $359–a full $150 less than the RTX 2070 Super, you get performance that’s near-identical–and actually better in a handful of games. While you’ll miss out on RTX effects, you get an 8GB framebuffer and a decent double-fan OEM cooling solution that’ll keep temperatures at reasonable levels, at least compared to the reference RX 5700 XT.

If money’s no object, the GeForce RTX 2070 Super offers a fantastic 1440p experience with all the bells and whistles (including ray-tracing). While it costs $150 more than the RX 5700 XT, you get better performance across the board and support for hardware ray-tracing. Unlike the RTX 2060, the RTX 2070 Super has enough hardware grunt to drive 1440p ray-traced gaming with minimal compromises. The RTX 2070 Super overclocks well and, running at 2 GHz with a bump to memory clocks, you will be getting near RTX 2080 levels of performance.

1440p looks great but it’s also a far more forgiving resolution than 4K. This means that there are a number of graphics cards that can get you in on the 1440p action, across price points. The $279, the ASRock RX 5600 XT Challenger D will net you great results, assuming you overclock the memory. At $299, the EVGA RTX 2060 KO will get you comparable performance to the RX 5600, plus support for ray-tracing. At $350, the ASRock RX 5700 XT Challenger D offers the best bang-for-buck 1440p experience. And at just shy of $500, the Gigabyte RTX 2070 Super Windforce OC 3X offers the best overall gameplay experience.

Laptop Shipments Drop by Over 30% in Jan Over Coronavirus Fears 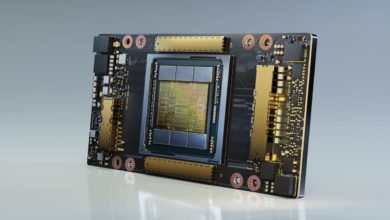 Intel shows off DG1 discrete GPU: Small and efficient. A sign of things to come? 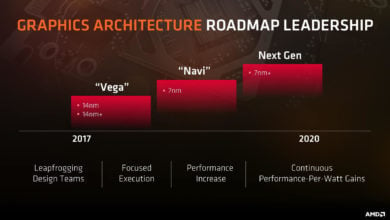