Anti-aliasing one of the primary graphics settings employed in modern PC and console games. You’ve got the traditional MSAA, SSAA, FXAA, and the shader-based SMAA and temporal techniques (TAA) that have now become the norm. So, what does anti-aliasing do? In short, it gives the image a cleaner look by removing the rough or jagged edges around objects.

Here’s an example of how FXAA (fast approximate anti-aliasing) improves the image quality by reducing the jaggies. Enlarge the images and see how the second one is notably smoother, especially around edges. Here’s another comparison of how AA impacts your game. Here you can see SMAA in action:

The differences are subtle but exist across the entire image. Check the electric pole and the wiring. They lose the teeth on the edges when SMAA is turned on. The buntings and the vegetation also get the same treatment. However, unlike FXAA, SMAA isn’t too strong. It gets rid of the aliasing, without blurring the texture detail.

Traditional Upscaling: These mainly include MSAA (Multi-Sampling AA) and SSAA (Super Sampling AA) which were popular last-gen and for good reason. They produce the best image quality (broadly speaking) but the performance hit is severe. They work by rendering the image at a higher resolution and then scaling it down to fit the native resolution. This essentially makes the entire image more detailed and sharper, scaling down the rough edges in the process but not removing them entirely. Here’s an example:

Super Sampling renders the entire image at a higher resolution and then scales it down to fit the target resolution. The exact rendering resolution depends on the developer. The image can be downscaled along both the x and y-axis or one of them.

MSAA or multi-sampling uses edge-detection algorithms to detect aliasing (based on contrast differences) and then renders only those parts at a higher resolution. Once again, the amount of sampling varies from 2x to 8x. In most cases, SSAA and MSAA miss transparent textures as most edge detection filters fail to recognize them. Furthermore, they tend to reduce the intensity of aliasing, rather than completely eliminate it.

Shader based: Shader based AA techniques are more efficient and don’t impact the performance by much. They work by applying a slight blur to the edges, making the image smoother but at the same time reduce the sharpness. FXAA is a good example of how shader based AA gets rid of aliasing but reduces the level of detail by applying a blur filter.

TAA works by comparing neighboring frames (temporally) and blending them to create a cleaner image in motion.

The present frame is rendered along with the geometry and shading, after which it is reprojected on the previous image using the jitter offsets and motion vectors. After that a rectify filter is used to prevent ghosting and the post-processing effects are applied, thereby completing the frame. Similarly, this frame is used for reconstructing (by reprojection) the next consecutive frame, and the process continues.

Temporal upscaling uses a similar method to upscale lower-resolution images. The core difference is that unlike TAA, alternating pixels are rendered in consecutive frames, and filling the gaps using interpolation and samples from the neighboring frames.

Here’s a comparison of FXAA vs TAA used on the same image:

Xbox Series S Could be Priced half as Much as the XSX: ~$200 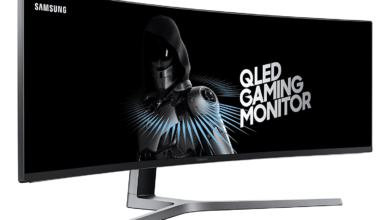 IPS vs TN vs VA: Different Monitor Panels Explained, Plus the Best One for Gaming 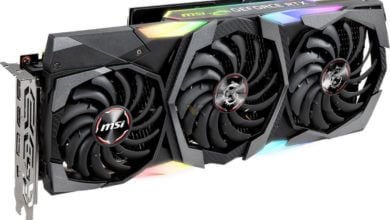