AMD’s wraith prism cooler is easily the best-looking stock CPU cooler out there. But RGB and aesthetics aside, is it any good is it in terms of actual function? The Ryzen 3000 processors are governed by the Precision Boost 2 algorithm which is fairly temperature-sensitive, among other things. Without a liquid cooler, it’s nearly impossible to get to the spec boost frequency, let alone overclock the CPUs.

That goes doubly true for the higher-end Ryzen 9 parts. In this post, we have a look at how much of an impact does a 360mm liquid cooler (closed-loop AIO) has on a twelve-core Ryzen processor. We’ll test the Ryzen 9 3900X across a range of applications. We’ll run the benchmarks at stock, with Precision Boost Overdrive enabled as well as with PBO and AutoOC turned on. In the end, we’ll decide whether you need a liquid cooler for your Ryzen 3000 CPU or the stock Wraith Prism cooler is enough.

That’s a healthy 5% performance boost simply on switching to an AIO cooler. The single-threaded performance is largely the same, but the multi-threaded score sees a neat uplift. It’s important to note that the base liquid cooler score is higher than even the overclocked wraith prism score.

Strangely, the PBO scores are lower than stock despite acceptable temperatures. The NZXT Kraken X73 used in the test is an excellent closed-loop cooler and manages to keep the 12 core Ryzen 9 3900X under 80 degrees even in the most intensive tasks.

Even at stock, the frequency scaling is better when using the Kraken X73 AIO cooler. The single-core boost clock hits 4550MHz with the closed-loop liquid cooler but fails to reach even 4500MHz with the stock wraith prism cooler.

The PBO graphs are a bit strange. Under the stock cooler, the single-core boost takes a hit and drops to 4400MHz. Even when the Kraken X73 is installed, the boost clock is the same or even a tad bit slower than the stock profile. My conclusion is that with PBO the power draw increases, but the factors restricting the favored-core boost aren’t lifted. Instead, the all-core boost is prioritized.

AutoOC mode sees a clear uplift when using the Kraken X73 AIO cooler. The single-core boost clock even manages to cross the 4.6GHz barrier (that’s the marketed boost clock for the 3900X!). In contrast, when the CPU was tested with the stock cooler, the boost clock barely reached 4.4GHz.

In the multi-threaded bench, the same results are reproduced. When switching to the Kraken X73 AIO cooler, the throttling is completely eradicated. Going from stock to PBO again shows no apparent benefits. However, AutoOC mode sees the average core clock bumped up by 20-30MHz and the single-core boost clock is also higher.

Overall, the multi-core frequencies are much tighter when using the AutoOC mode compared to stock. This is when using the 360mm Kraken X73 liquid cooler. When using the wraith prism cooler, the cores throttle really hard through the course of the benchmark.

The temperatures tell a similar story. When using the stock cooler, the default temps were the highest while AutoOC produced the lowest thermals. This was most likely due to increased power draw at AutoOC which brought the temperature ceiling down by a notch.

The Kraken X73 manages to keep the Ryzen 9 3900X under 78 degrees in all three cases. Here, as expected the temperature is lowest when running the 3900X at stock mode, and it scales by a degree when switching to PBO and AutoOC, each. It’s weird that PBO has a higher temp than stock as the performance was worse. I’m guessing the power and temperature limits are different under each of the three modes and are dependent on each other. 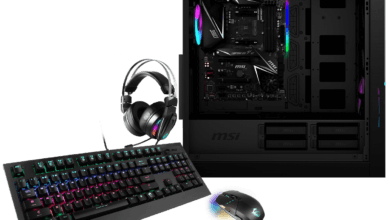