AMD’s Ryzen 3000 CPUs are some of the most cutting-edge chips on the market. TSMC’s 7nm node paired with the brand new Zen 2 microarchitecture has allowed AMD to claw their back into the high-performance CPU market. Not only are the Ryzen chips faster than competing Intel CPUs, but they are also a lot more power-efficient.

AMD’s core clock scaling algorithm, Precision Boost 2 was introduced with the 2nd Gen Ryzen processors and an additional feature, Precision Boost Overdrive was introduced with present Gen Ryzen 3000 chips. There’s been a lot of confusion regarding these two boosting algorithms and the addition of AutoOC (often found in the same BIOS section as Precision Boost) makes the whole affair even more complicated. In this post, we’ll explain the differences between these similarly worded technologies and how they function.

Precision Boost 2 was introduced with the 2nd Gen Ryzen processors. In simple words, PB2 allows a higher “multi-core” boost clock. It does so by using an aggressive boosting algorithm that scales almost linearly with core count.

As AMD’s Robert Hallock explains here, Precision Boost 2 allows the Ryzen CPUs to maintain a higher boost clock as the number of cores being used increases. With Precision Boost 1, the core clock dropped sharply as the number of cores being utilized increased. PB2 makes the scaling linear, as we can see in the 2nd Gen Ryzen lineups. The 3rd Gen Matisse parts boost even higher with all the 12 cores on the Ryzen 9 3900X achieving an impressive 4.3GHz boost, well over the 3.8GHz base clock.

Before we talk about Precision Boost Overdrive there are a few terms that you need to get acquainted with:

Basically it’s these three factors that dictate how high the CPU clocks will boost. When the CPU hits one or more of these limits (PPT Limit, TDC Limit or Temp Limit), the boost clocks are scaled-down (throttling), regardless of whether the boost clocks (on spec) are met or not.

What Precision Boost Overdrive does is that it expands these limits, providing the processor with more headroom and opportunity to boost to the advertised clock. Keep in mind that it won’t boost the CPU past the spec boost clocks whatsoever. Then what’s the point of PBO you might ask.

AMD’s Ryzen 3000 processors have a very sophisticated boosting algorithm, one that’s very sensitive to power and thermal spikes. Under normal conditions, most CPUs won’t reach the advertised boost clocks on account of one or both of these bottlenecks and even if they do, they won’t sustain it for long. Precision Boost Overdrive helps with this by making the CPU boosting algorithm more flexible and allowing it to hit a higher boost clock than stock conditions and maintain it for longer.

Again, it won’t go past the boost clock spec, and if the expanded headroom is still not enough (For example, the CPU is still running too hot), PBO won’t do anything.

AutoOC is an option found in the same section as Precision Boost Overdrive in the BIOS and Ryzen Master. The reason is that they are supposed to be used in tandem with each other. However, strictly speaking, they’re separate features.

What does AutoOC do for your Ryzen 3000 CPU? Well, on paper the answer is rather straightforward. It increases the theoretical single-core boost clock of your CPU by up to +200MHz. Keep in mind that there’s no guarantee that your chip will hit this increased boost clock or even the advertised boost clock (if the temp, power or voltage limits are breached).

The most likely scenario is that if your Ryzen chip wasn’t hitting the advertised boost clock earlier, it will do so with AutoOC enabled. If you’re lucky and hit the silicon lottery, it may even boost slightly higher by not by much: 50-100MHz tops.

Furthermore, AutoOC will only increase the single-core boost clock. In contrast, PBO mainly ensures that more of your cores boost higher and stay there longer. While this may make it sound like a redundant feature, it’s really not. AutoOC is a one-click method to get overclock your chip with minimal effort and little to no risk. Sure, the gains will be small but it’s free performance, who cares.

Precision Boost Overdrive is mainly useful for intensive workloads like content creation and rendering where all the CPU cores are utilized. In such cases, making more of them run at the advertised boost clock can lead to healthy performance boosts. You can enable each of these by just enabling two options. It may not be ideal but it’s useful nonetheless. 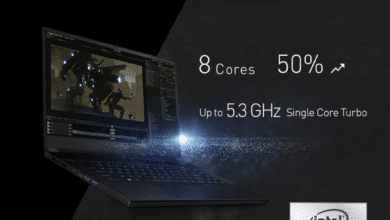 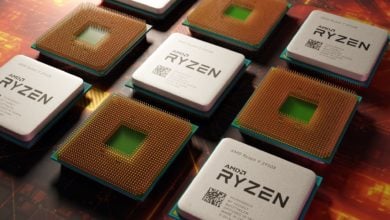 Intel vs AMD Ryzen: Best CPUs for Gaming in 2020