One of the featured introduced with the 3rd Gen Ryzen processors was Eco Mode. In AMD’s own words, it cuts down the power consumption of the processor significantly without affecting real-world performance by much. We’ll be verifying that in by testing the impact of Eco Mode on the Ryzen 9 3900X in terms of performance and power. We’ll be testing a bunch of popular games, followed by the trusty Cinebench R20 benchmark. We’ve already tested Eco Mode on the Ryzen 7 3700X, you can read that here. In general, it’s best suited for higher-end processors such as the 3900X and 3950X which have a higher TDP of 105W.

One thing’s for certain. In gaming workloads, Eco Mode has a very limited effect. Even the most CPU intensive titles like Assassins’ Creed Origins which chokes on older chips ran fluidly, although, the frame rates were a bit lower in Eco Mode. Deus Ex and Far Cry 5 saw little to no change in neither the averages nor lows.

Let’s have a look at the clock scaling:

Strangely in most games, the single-core boost clock is higher when switching to Eco Mode. The frequency drops are slightly more pronounced but overall, the operating clocks are higher than stock. This explains why some games (like Far Cry 5) see a small boost in performance when using Eco Mode. Assassins’ Creed which leverages all the CPU cores is adversely affected drop as it doesn’t benefit from higher clocks as much.

Most games only utilize up to 4-6 cores to the fullest and in Eco Mode the power consumption drops, allowing those half dozen cores to boost slightly higher. We know that Precision Boost 2 is quite sensitive to the power draw and temperature and this further proves it. You can read more about it above.

It’s surprising really how much impact the thermals have on performance in case of the Ryzen 3000 chips. Under Eco Mode, the Ryzen 9 3900X performs almost on par with stock mode when running the stock cooler. A good AIO Cooler like the Kraken X73 can do wonders with these CPUs. Let’s have a look at the clock scaling now:

In the Cinebench R20 multi-threaded test, the operating clocks drop from 4,150MHz to 3,925MHz (average). That’s a lofty 225MHz drop, explaining the resulting Cinebench scores. The clocks are much more stable in stock mode while in Eco Mode, they drop to 3900MHz for a significant portion of the benchmark.

Now, the power consumption is the core reason I wanted to redo this little activity. In the previous post, only the CPU package power was considered which can be misleading in certain scenarios. Take gaming for example. Modern games rely much more on the GPU compared to the CPU, and as such the former often draws 2-3x more power than the latter. Have a look:

Now, have a look at the power consumption profile when running Assassins’ Creed Origins. Unlike Cinebench, the system power draw varied drastically from scene to scene jumping from 200W to 350W in a second. And as you can see, Eco Mode has almost no effect on the total system power draw here. While the CPU does draw around 10-15W less with Eco, the GPU power consumption actually increases by a bit. 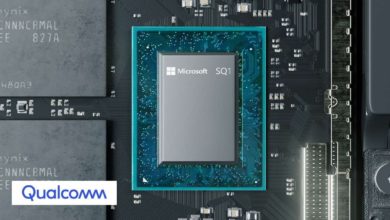