AMD introduced Precision Boost Overdrive (PBO) and Auto-overclocking with its 3rd Gen Ryzen processors to allow users to get a small performance boost without manually tweaking any of the more confusing BIOS settings. Although Auto-Overclocking (AutoOC) did improve performance by a small amount, PBO wasn’t really effective. With AMD’s Ryzen 5000 “Zen 3” processors, the CPUs’ boosting algorithm and clock residency have significantly improved, often showing higher than the marketed boost frequencies across most workloads.

We were curious how PBO and Auto-Overclocking perform with Zen 3, so we tested a bunch of games and content creation benchmarks, and found some interesting results. These features do behave differently, more effectively with Zen 3. The Ryzen 5 5600X offers a single-core boost of 4.85GHz with auto-overclocking, an increase of 250MHz over the spec rating of 4.6GHz while an all-core boost of nearly 4.6GHz in heavily threaded workloads with PBO. Let’s dig in:

Content creation workloads such as Cinebench and Blender saw some healthy gains upon enabling both PBO and AutoOC, although the former primarily improved multi-threaded performance while the latter increased the single-threaded grunt by a notable margin: 596 to 621 points in Cinebench R20 1T. Let’s have a look at the clock scaling:

The single-threaded clock scaling is largely the same with Precision Boost Overdrive enabled, however, AutoOC significantly increases the boost clock, pushing it up from 4.65GHz to 4.85GHz, a jump of 200MHz, in-line with the specified increment in Ryzen Master. This is actually pretty impressive as the Zen 2 chips just managed to reach their boost clocks with AutoOC, let alone surpass it. A 200MHz CPU overclock with a single-click is quite helpful indeed.

Interestingly, AutoOC and PBO had nearly identical results on the boost clocks with multi-threaded workloads. Both pushed the all-core boost from 4.43GHz to 4.55GHz, with PBO pushing it slightly higher. This proves that PBO focuses on multi-core boost clock, rather than single-core, and is ideal for multi-threaded workloads such as content creation. AutoOC, on the other hand, increases the boost clock in lightly threaded applications, improving performance and frequency without pushing the power envelope by much.

The gaming benchmarks aren’t surprising. Enabling PBO generally improves the lows slightly, but the averages are mostly unchanged. Switching to AutoOC, most lightly threaded games show a notable improvement in the averages as well as the lows. Heavily threaded titles like Ashes Escalation show little to no change in the average frame rates, however.

The in-game boost clocks are unchanged with PBO for the most part, but AutoOC pushes it up by 75-100MHz, with an average of 4725-4750MHz in most titles. Generally, lightly threaded games see a larger uplift in the operating clocks while the more intensive ones like Ashes see a much smaller increment in the average boost clock. The peak boost is pegged between 4.8-4.85GHz in most titles.

Overall, PBO is much more useful for multi-threaded workloads like rendering and video editing while AutoOC is much more suited for lightly threaded or mixed workloads such as gaming and encoding. 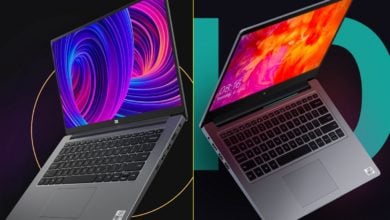