Towards the end of last year, AMD launched its Ryzen 5000 CPUs, snatching the gaming crown from Intel after three (2 and a half) generations of Zen. Featuring an IPC boost of 19%, higher boost clocks, and wider core complexes, we’re looking at generational gains ranging from 20-35%, especially in gaming workloads. You can read our architectural deep-dive of the Ryzen 5000 CPUs and the Zen 3 core here. We compared the inter-core and cache latency/bandwidth of Matisse and Vermeer and got some very interesting results.

In this post, we will be comparing the $299 Ryzen 5 5600X against the now similarly priced Ryzen 7 3700X which packs two additional cores, and decide whether it’s better to opt for more cores or a higher IPC/boost clock combo.

Out of the four processors that we’ll be testing, the Ryzen 9 5900X is the only one with a TDP of 105W. Despite using a high-end 360mm AIO cooler, the 5900X approached the 80-degree mark under heavy load. Technically, you can emulate the Ryzen 5 5600X by disabling one of the two CCXs on the 5900X but we decided to use the actual processors for the tests.

We tested all the games at 1080p ultra and then 720p medium to avoid any GPU bottlenecks that may otherwise affect the results. In Ashes of the Singularity at 1080, both the CPUs produced nearly identical averages and mildly different lows. This is despite the fact that this is easily one of the most CPU-intensive games on the market.

Strangely, the Ryzen 5 5600X outperformed the 3700X as well as the 5900X with respect to the averages at 720p. In terms of the lows, the hex-core 5600X was once again faster than the older octa-core Ryzen part.

As you can see, the Ryzen 5 5600X reaches an average CPU load of 88% and a peak of 100%. The average thread utilization is also pretty high at 97%, with a minimum of 75%. The Ryzen 7 3700X, on the other hand, averaged a tad bit lower at 84%, with a minimum of 60% and a max of 100%. The clock speeds for the latter are quite a bit lower here (by 500MHz) while the GPU utilization is roughly the same. This indicates that the delta here is primarily due to the IPC/single-threaded performance deficit between the two, despite the fact that Ashes is easily on the most heavily multi-threaded titles.

Assassins’ Creed Origins produces very predictable results. Going from the hex-core 3600X to the octa-core 3700X yields less than a handful of frames. In a similar fashion, going from the 5600X to the 5900X pushes you up by just over 5 FPS at 720p. For reference, the overall CPU utilization for the Ryzen 5 5600X averaged close to 70% while the 3700X averaged just over 55%.

At 1080p, Assassins’ Creed Valhalla runs into a GPU bottleneck with both the Ryzen 5 5600X and the 5900X posting similar figures when paired with the GeForce RTX 2080 Ti.

At 720p, although the GPU bottlenecks are removed and the 5900X rushes past the 5600X to an impressive 124 FPS (average) and 62 FPS (0.1 percentile FPS), the overall CPU usage remains rather poor, with the latter averaging just around 25% and the former staying just under 60%.

In The Division 2, the Ryzen 7 3700X barely outpaces the 3600X at 720p but falls behind at 1080p when it comes to the averages. The Ryzen 5 5600X is much faster than every other CPU tested, especially at lower resolutions.

Once again, the CPU utilization is more or less the same across the 5600X and 3700X, but the IPC/boost clock advantage puts the former ahead of the latter.

In Far Cry 5, the inter-generation (Zen 2 to Zen 3) jump is infinitely higher than the performance gain upon doubling the core count. Once again, both the averages and lows are nearly the same on the two processors. The CPU utilization is similar to what we saw with Valhalla and slightly worse than The Division 2.

Ghost Recon is an excellent example of a game that despite being able to utilize up to 8 CPU cores offers worse performance with the 5900X due to the inter-CCX latency penalty incurred upon using additional cores from the second CCX. Although the game is a fair bit faster on the 5900X than the 5600X, both the 5800X and 3700X perform slightly better due to all 8 cores being on the same CCX. The CPU utilization is the same as the previous 2-3 games on this list, with the 5600X averaging in the 50s and the 5900X showing an overall usage of just 25%.

Like Far Cry 5, this game benefits massively from the inter-generational IPC increase and the higher core clocks.

Hitman 2 scales pretty well up to 8 cores, but beyond that, there’s little to no scaling even with respect to the lows.

Shadow of the Tomb Raider

Shadow of the Tomb Raider is another game that scales well with core counts. However, upon going from the 5600X to the 5900X, the performance gain is rather paltry, with both the averages and lows seeing a modest single-digit gain.

This game performs well on all four CPUs, with the 3700X seeing a bit of stuttering in the first half of the benchmark. This game once again makes it hard to recommend a Ryzen 9 5900X or 3700X over a 5600X for gaming workloads.

As you can probably guess, buying a Ryzen 7 3700X over a 5600X for gaming purposes is a bad idea despite the higher core count on the former. The Ryzen 5 5600X is faster than even the Ryzen 9 3900X in gaming workloads and that is primarily due to the huge IPC and boost clock advantage. Opting for a Ryzen 7 3700X or 3900X if you’re looking to build a workstation for content creation or engineering workloads isn’t a bad idea, but for gaming, it’s the 5600X that you’ll want to get.

Single-Channel vs Dual-Channel RAM: Which One is Better 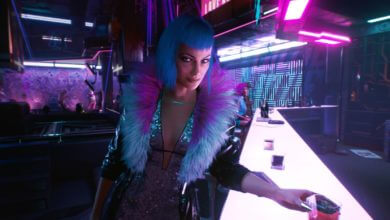