Back in the days of the Bulldozer based FX processors, Intel’s Core i5 and i7 processors had literally no competition. The AMD chips squabbled with the lower-end Core i3s and non-K i5s but didn’t come close to the top-tier blue chips. With the launch of the Ryzen lineup, a lot has changed. Intel has had to double the core count of its consumer CPUs across the board. However, even then the 3rd Gen Ryzen processors overpower the competing Intel Coffee Lake parts and that too at a lower price.

The Ryzen 5 3600X is basically an overclocked 3600. The TDP limit has also been raised for better overclocking headroom. The Core i5-9600K has the same core count but lacks hyperthreading. However, the higher core clock will be instrumental in gaming workloads. The Ryzen chips have a much larger L3 cache to make up for the latency drop induced by the Infinity Fabric. As Intel’s offerings leverage a monolithic design, that sort of cache memory isn’t needed.

With the coming of the 3rd Gen Ryzen CPUs, Intel’s advantage in gaming has been largely reduced to single digits. Should you still buy an Intel Core i5-9600K for midrange gaming or is the Ryzen 5 3600X/3600 a better alternative? Let’s find out!

In Ashes of the Singularity (CPU Test), surprisingly the Core i5 lags behind both the Ryzen 5 3600 & the 3600X. This can be attributed to the lower CPU overhead that comes with well-optimized DX12 & Vulkan titles. Ashes benefits from as many as 18 cores. That’s one of the reasons it scales well even with HEDT parts like the Core i9-9980XE.

Shadow of the Tomb Raider, on the other hand, sees the Core i5-9600K sandwiched between the Ryzen 5 3600 and the 3600X. The latter leads by a small margin while the former is slower by the same amount.

Adobe Premiere Pro is the program of choice for the majority of mainstream content creators, and here both the Ryzen 5 3600 as well as the 3600X haughtily beat the Core i5-9600K. Rendering benchmarks like Indigo and Cinebench are AMD’s home turf. The 9600K doesn’t stand a chance here.

7-zip is one of the few applications that leverage as many threads as you throw as it. You can use a 64 core Threadripper here and it’ll still scale well. It benefits from SMT, higher core counts as well as faster clocks, and is a good way to measure the performance of multi-core CPUs. Naturally, the Ryzen 5 parts dominate here too.

Kraken on the other gives an idea of the chips’ browsing performance. Although this benchmark is largely inconsequential for desktop CPUs of this level, it’s still included in most benchmarks as a formality. Once again, the Matisse chips proclaim their superiority here and the 9600K is defeated by a fat margin.

Conclusion: Ryzen all the way!

There’s no confusion here. The 3rd Gen Ryzen 5 CPUs basically murder the Core i5-9600K in productivity and content creation related workloads. When it comes to gaming, the 9600K manages to edge past the 3600 but loses to the 3600X in newer Direct12 titles. Both the Ryzen chips are mostly on par with the 3600X putting up a good show as a gaming-centric CPU. People looking to build a gaming build, be it for 1080p 144Hz or 4K 60Hz, I’d suggest going for the Ryzen 5 3600X. It performs on par with the 3700X in most games while beating even the Core i7-9700K in other workloads. 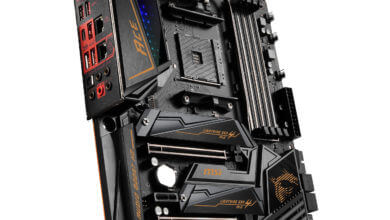 What is the Difference Between DirectX 11 vs DirectX 12: In-depth Analysis