AMD’s Ryzen 3000 CPUs had a very smooth launch, with widespread acclaim from critics and fans alike. The chips offered never-before-seen levels of performance in the consumer market, making even Intel’s HEDT lineup obsolete. Not everything went according to plan, though. There was a discrepancy with respect to the boost clocks of the new processors. Very few Ryzen 3000 CPUs were able to hit the marketed boost clocks, even with TOTL AIO cooling. This was a widely discussed issue in the community, resulting in multiple third-party fixes, with 1usmus’ Ryzen 3000 boost fix being the most notable.

AMD ultimately launched an AGESA microcode update to try and address the issue. While it did raise the boost clock by a bit, there were still only a few select users who were able to hit the spec boost clock at stock conditions.

Even after AMD released the official AGESA fix, 1usmus’ mod didn’t become redundant. The modder claims his fix increases the boost clock by another 50-100MHz and optimizes the Windows thread scheduler.

This is done by running the primary threads on the best cores (ones that boost the highest) of the chip. Furthermore, it also makes sure that single-threaded applications run on a single core rather than distributed across various cores (that leads to worse performance as these workloads prefer higher clock speeds over core counts). In case a second thread is needed, it is chosen from the same CCX, to avoid any latency penalties.

In this post, we compare the performance of the official Ryzen 3000 boost fix to 1usmus’ mod. We’ll have a look at the clock scaling in single-threaded and multi-threaded workloads and see if the latter actually improves the boost clock or not.

While Deus Ex: Mankind Divided doesn’t see any viable increase in frame rates, Assassins’ Creed does get a small boost. The average FPS is higher by 2 while the lows are up by 3 FPS. We repeatedly tested this title and found this result to be a good representative of the gains in gaming performance. Now, let’s have a look at the clock scaling in games:

As you can see, although the single-core boost is higher at the stock preset, the average boost clock of all the cores is still a notch above when using 1usmus’ boost fix. Four of the cores almost consistently run at 4,375MHz while in the former, they mostly stay at 4,300MHz. Considering that Assassins’ Creed Origins thoroughly leverages all twelve cores, it makes sense that it’d see a better score with 1usmus’ mod.

In-line with the gaming performance, the multi-core score sees a healthy uplift. Surprisingly, it’s even higher than the AutoOC score (7218), all the while drawing less power. It’s remarkable what a small software/firmware optimization can achieve. The single-core performance is also marginally better.

The clock scaling in single-core applications is mostly identical. However, just as we saw in the other scaling chart, the clocks are much more consistent with 1usmas’ boost fix. The fastest core (Core 3) runs constantly at 4,450MHz while the other cores’ frequencies are also much more uniform through the entire benchmark without any frequency drops unlike the stock benchmark.

The multi-threaded clock scaling is quite different when using the 1usmus mod. Under stock conditions, the 4,150MHz mark serves as the ceiling while when using the Ryzen 3000 boost fix, the clocks regularly go as high as 4,175MHz, and even spiking as high as 4,200MHz at certain instants.

This is a two-part process, one requires you to install a custom power profile to improve the Windows thread scheduler and the other one to set PBO power and voltage limits:

Download and install the 1usmus power profile from here and from the Windows power plan select the 1usmus Ryzen Universal Power Plan.

You can do this by changing the PBO limits to manual mode. That’s it. You don’t need to modify anything else. Cheers!

AMD CEO: 7nm Supply is Tight Even a Year After Zen 2 Launch

CrossTalk: Another Security Vulnerability that Affects only Intel CPUs 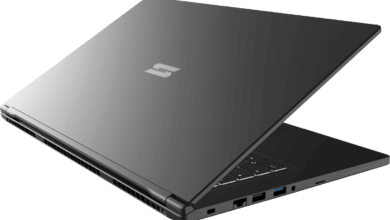