AMD’s Radeon RX 5700 has come down to an all-time low price of $319. That’s nearly the same as the GeForce RTX 2060 KO Edition and nowhere as much as the $400 RTX 2060 Super that it actually competes with. While it may lack the RTCores for hardware-accelerated ray-tracing, the raster performance is what really matters at this point. At the moment, there are as many as six cards competing in the 1440p gaming segment: the RTX 2060, the RTX 2060 Super, the RTX 2070 Super and on the Radeon side, the RX 5600 XT, the RX 5700 and the RX 5700 XT. In this tough crowd, the 5700 and the RTX 2060 Super are the most balanced of all. In this post, we compare these two GPUs and decide which one is the better buy.

We’ll be testing the two cards across eleven titles and note the average frame rates, 1% lows and 0.1% lows. We’ll also compare the FPS graphs of the two cards in a couple of games and then check their respective TDPs. Let’s get to it.

At 1080p, the GeForce RTX 2060 seems to have the upper hand. The RX 5700 is beaten even in AMD sponsored titles like Strange Brigade and Ashes of the Singularity. These games are known to favor Radeon cards thanks to an excellent DirectX12 implementation that includes Asynchronous Compute and a low driver overhead.

Things get better for the RX 5700 at 1440p, however, the RTX 2060 Super still manages a slim victory by winning in 7 out of 11 titles, with the deltas being under 5% in most of the games. Let’s have a look at the sustained frame rate graphs to get a better picture:

Have a look at the sustained frame rates of the two GPUs in Borderlands 3 and Metro Exodus. In both games, the RX 5700 starts off in the lead, but towards the mid-portion of the benchmark, it begins to falter, and near the end, the RTX 2060 takes the lead in both the titles.

We did some checking and it turns out that the RX 5700 runs into a temperature bottleneck leading to severe throttling. This results in a performance drop towards the last segments of the benchmarks. AMD’s blower-style reference cooler has always been terrible. NVIDIA adopted a new dual-heatsink with the Founders Edition cards and for good reason. The older design doesn’t cut it anymore. AMD needs to do the same or these small things will cost in the long run.

As such, we recommend the aftermarket Radeon RX 5700 cards (specifically the MSI Radeon RX 5700 Evoke), over the RTX 2060 Super for 1440p gaming. There’s a good 5-10% gap between the reference and board partner Navi graphics cards. Even with the reference card, the delta between the Radeon and GeForce is under 5% and can be ignored. You can snag a board partner RX 5700 for as low $329 while the cheapest RTX 2060 Super will cost as much as $400. However as already mentioned, for high frame-rate gaming, the RTX 2060 Super is the better option. Ray-tracing support is an added bonus and it works well at FHD using this GPU.

What is the best graphics card for 1080p gaming?

IPS vs TN vs VA: Which LCD Monitor Panel is Best for Gaming?

Vampyr Game Review: It Has Fangs But They Are Well Hidden 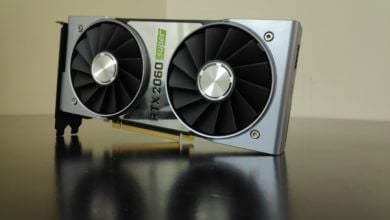